In 2015 I was priviliged to spend eight months driving more that 21,000 miles right around Australia in a campervan. In addition to a few photographs and the odd piece of writing, I tried to caprture a flavour of that diverse country in art. The pieces do not pretend to be masterpieces, it is enough that they are what they are and that I enjoyed creating them at different camp sites along the way. With two exceptions thay are all in acrylic medium and the first four are on 18 inch by 12 inch board. The remainder are on smaller canvases. Much of the work is in the style of Aboriginal art which thrives in Australia. I visited many art galleries during the journey and some of the best work by indigenous people is truly stunning. 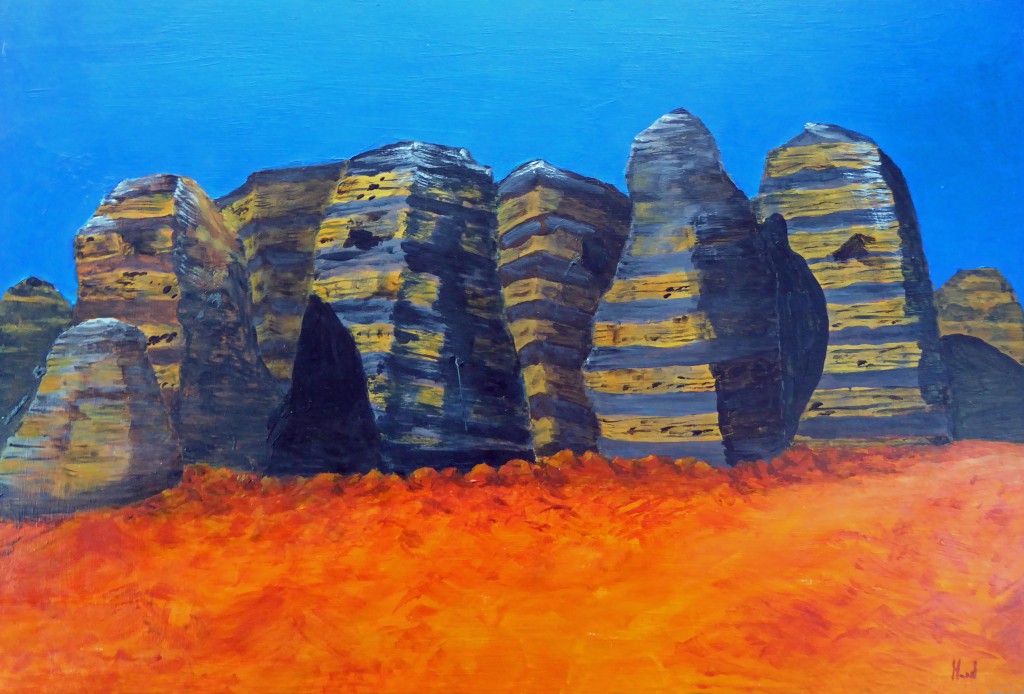 Beehives of the Bungle Bungle Range: in the Kimberley region. 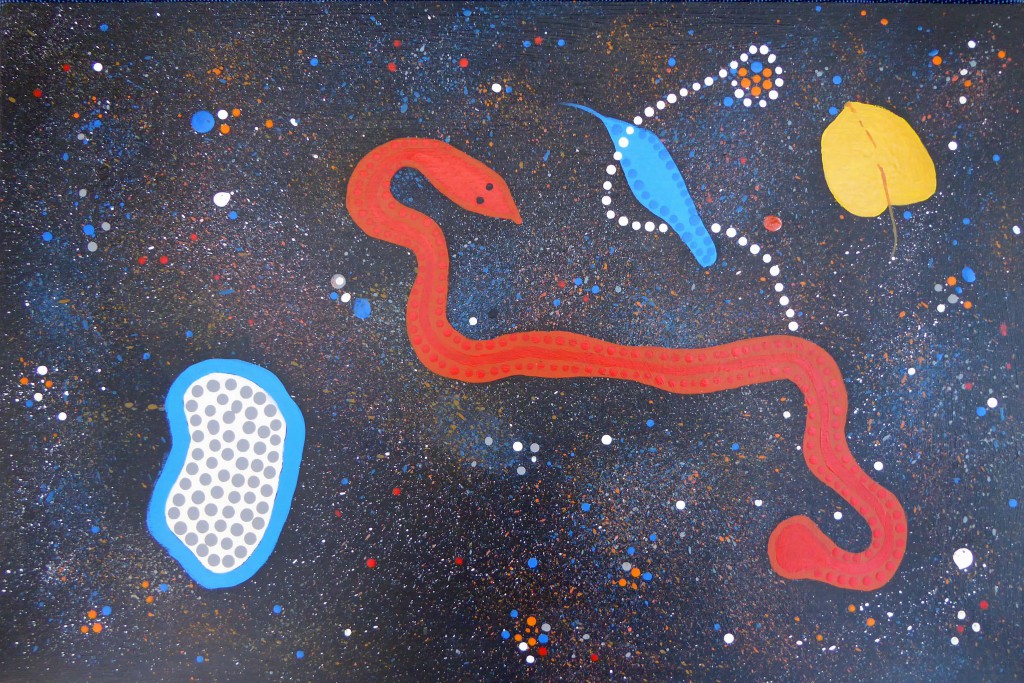 Earth Blanket: inspired by grit, debris and leaf litter on a ground sheet. 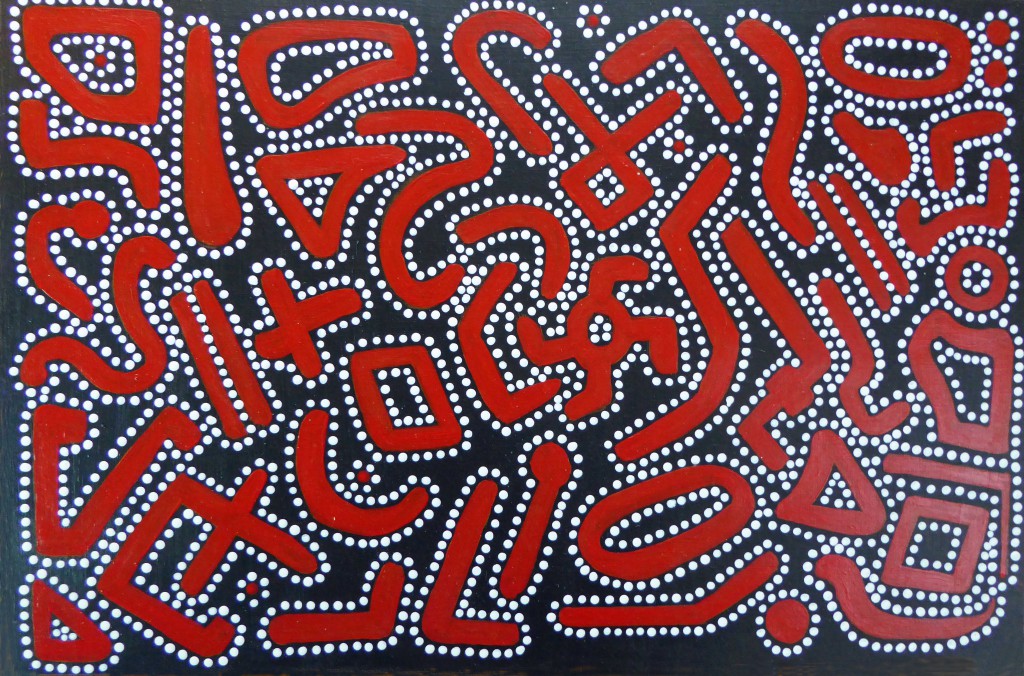 Desert Earth: symbols and shapes that appeared abstractedly and haphazardly 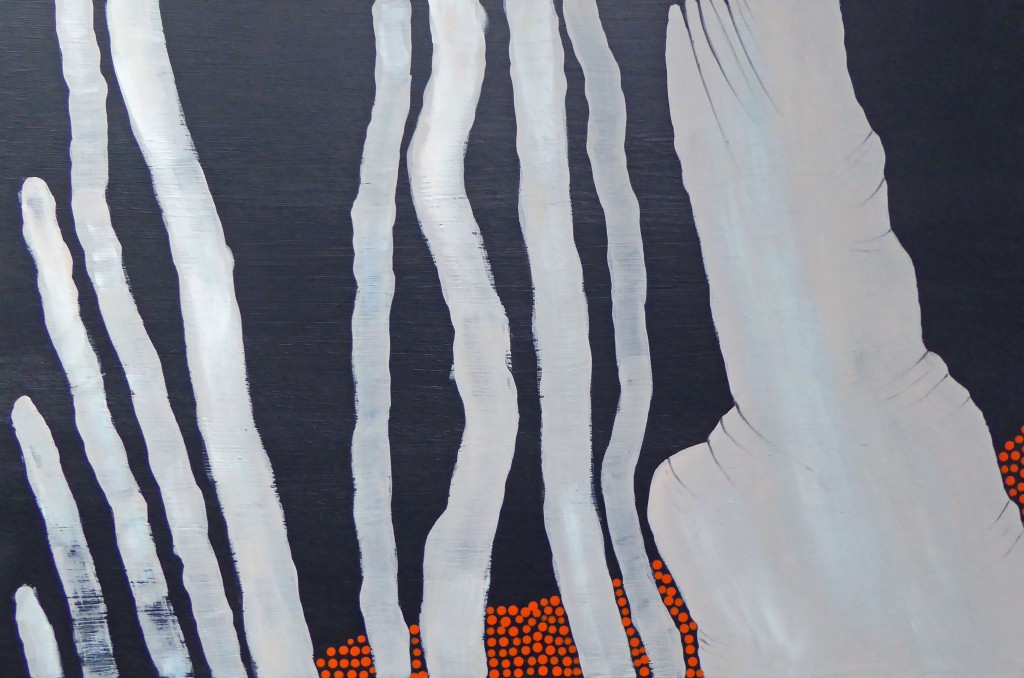 Down by the River Bank: shapes and colours from rivers that are mostly without water 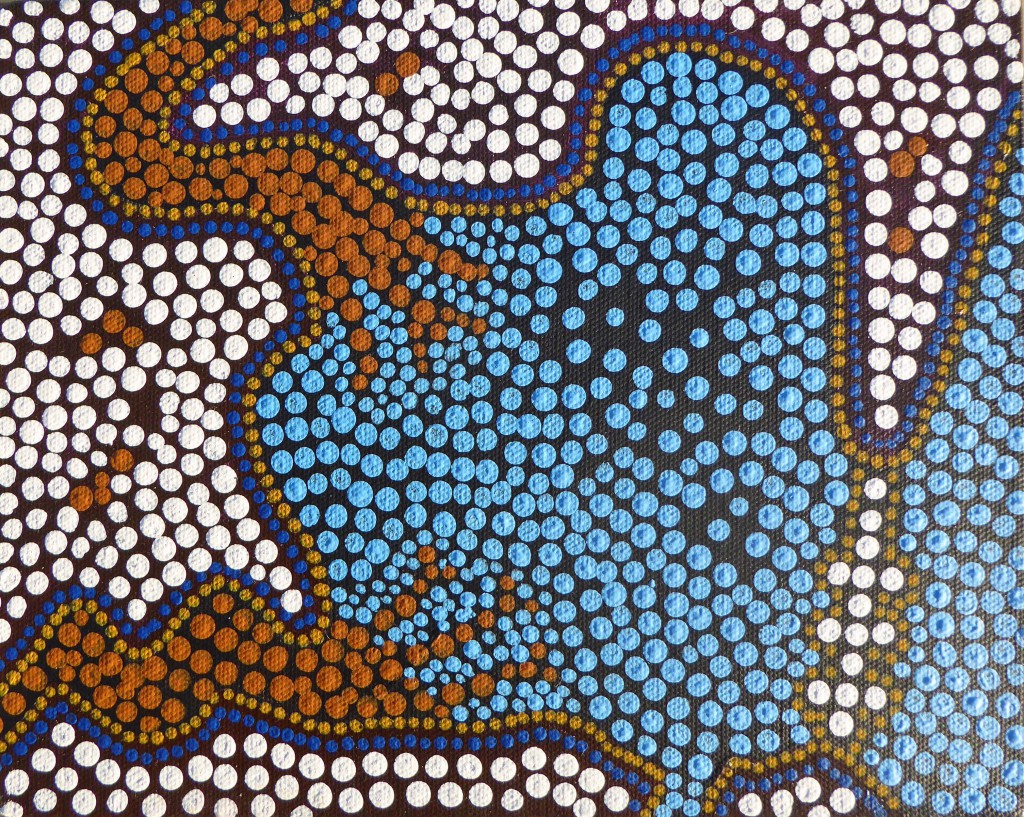 Two Rivers and a Bridge 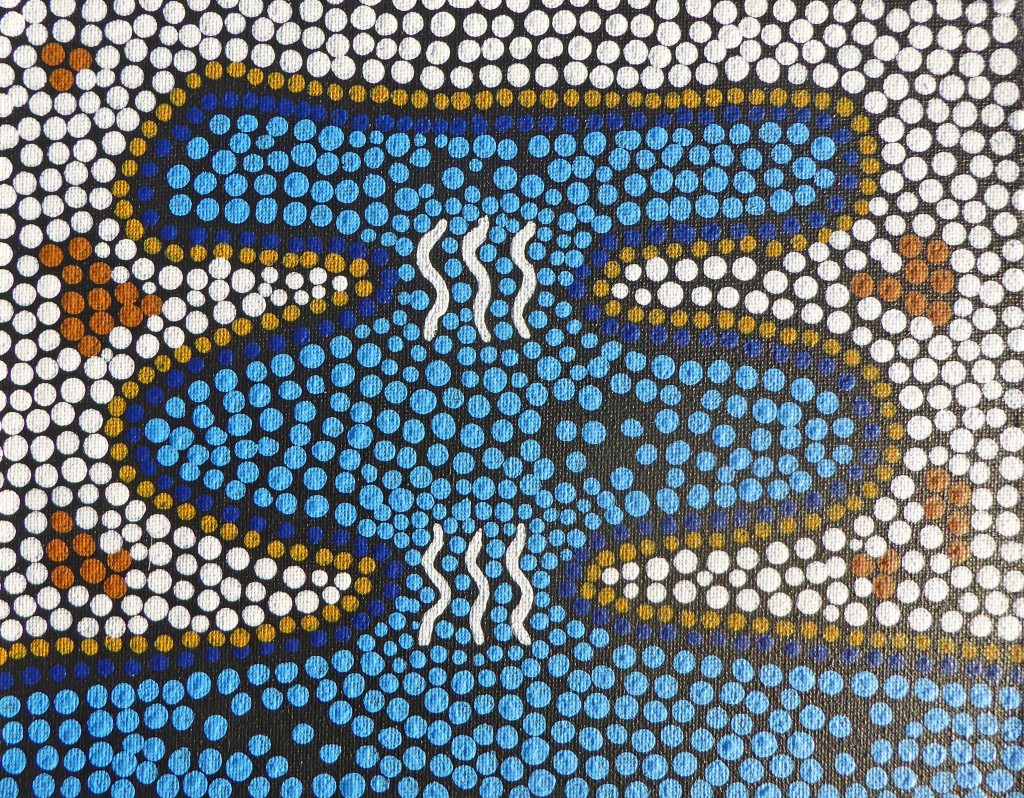 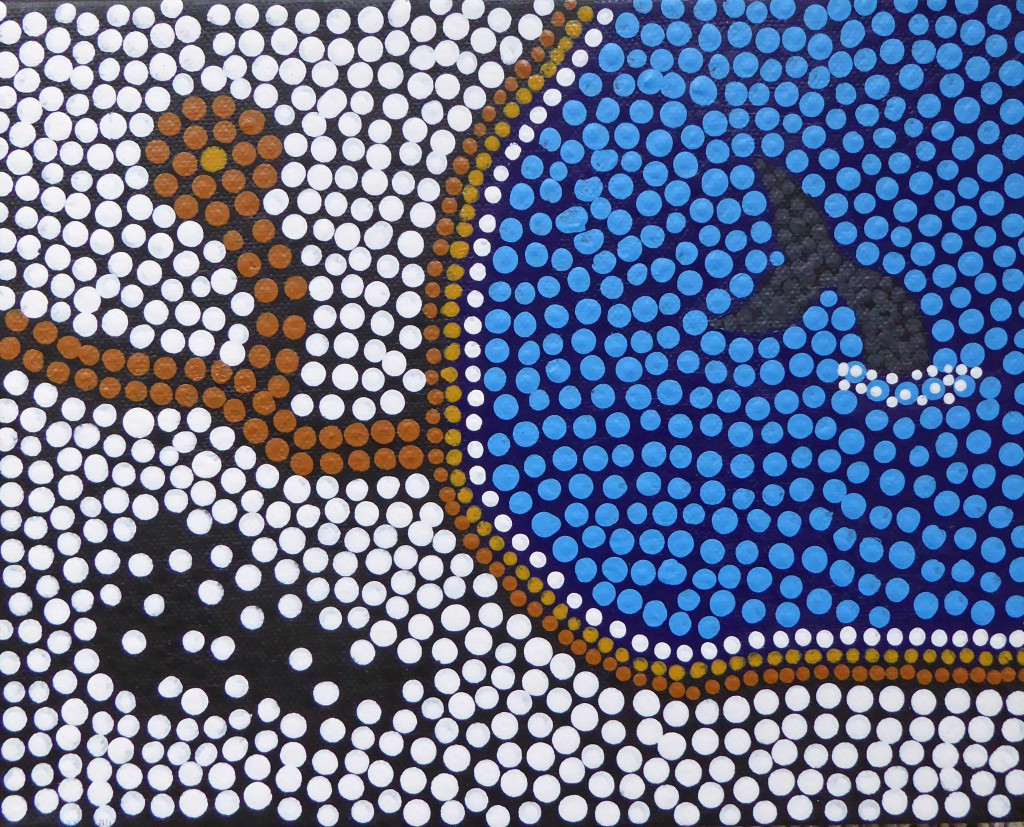 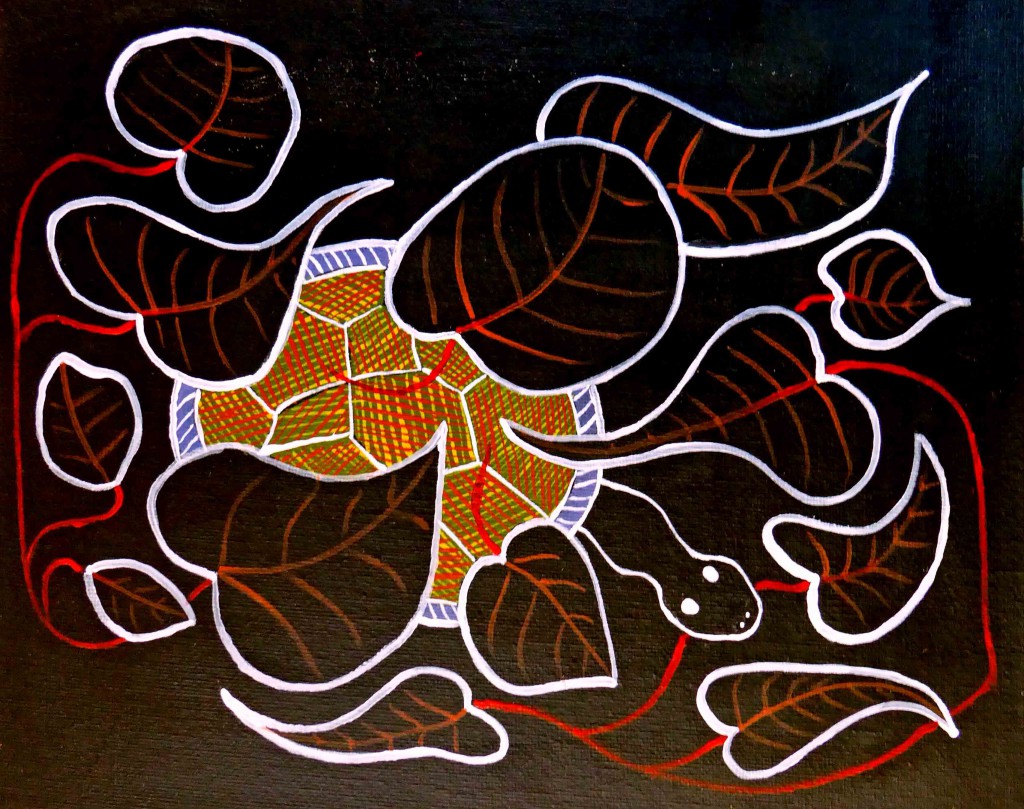 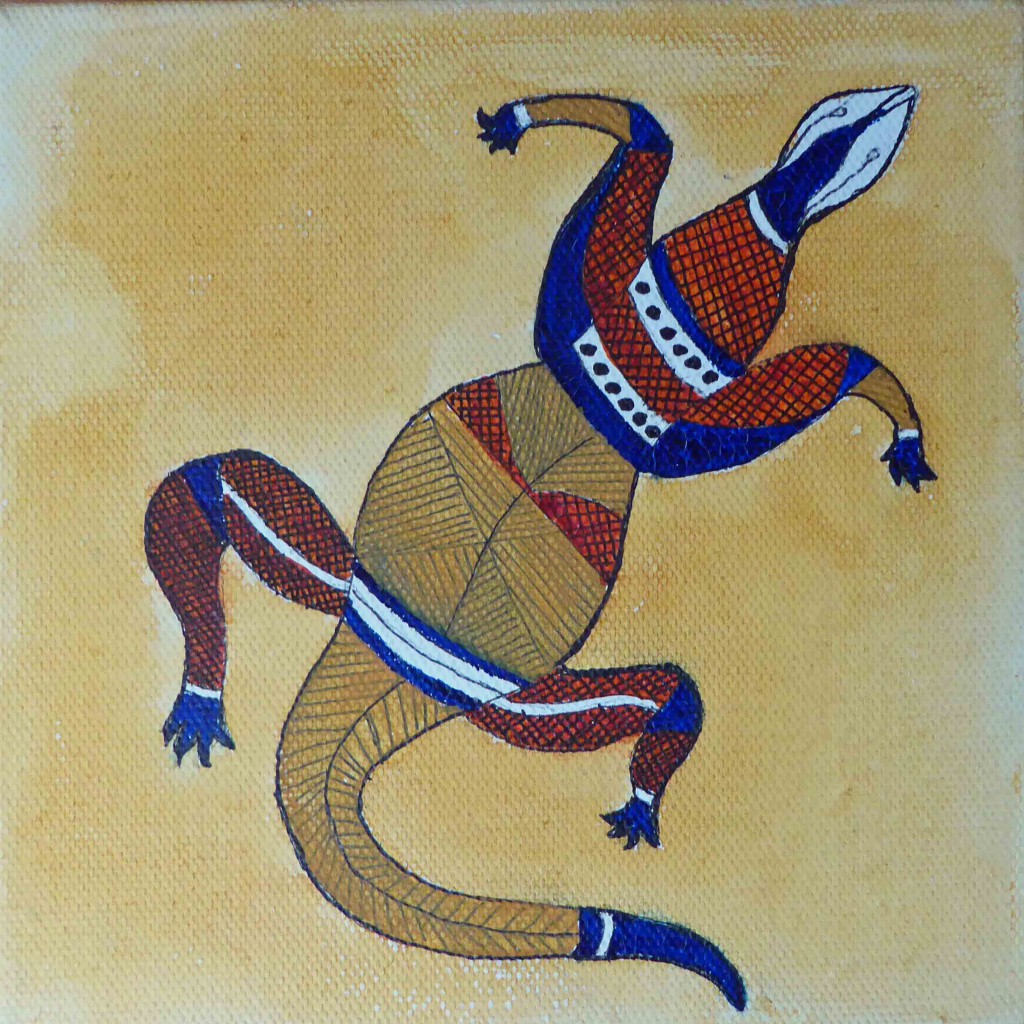 Gecko in the sand 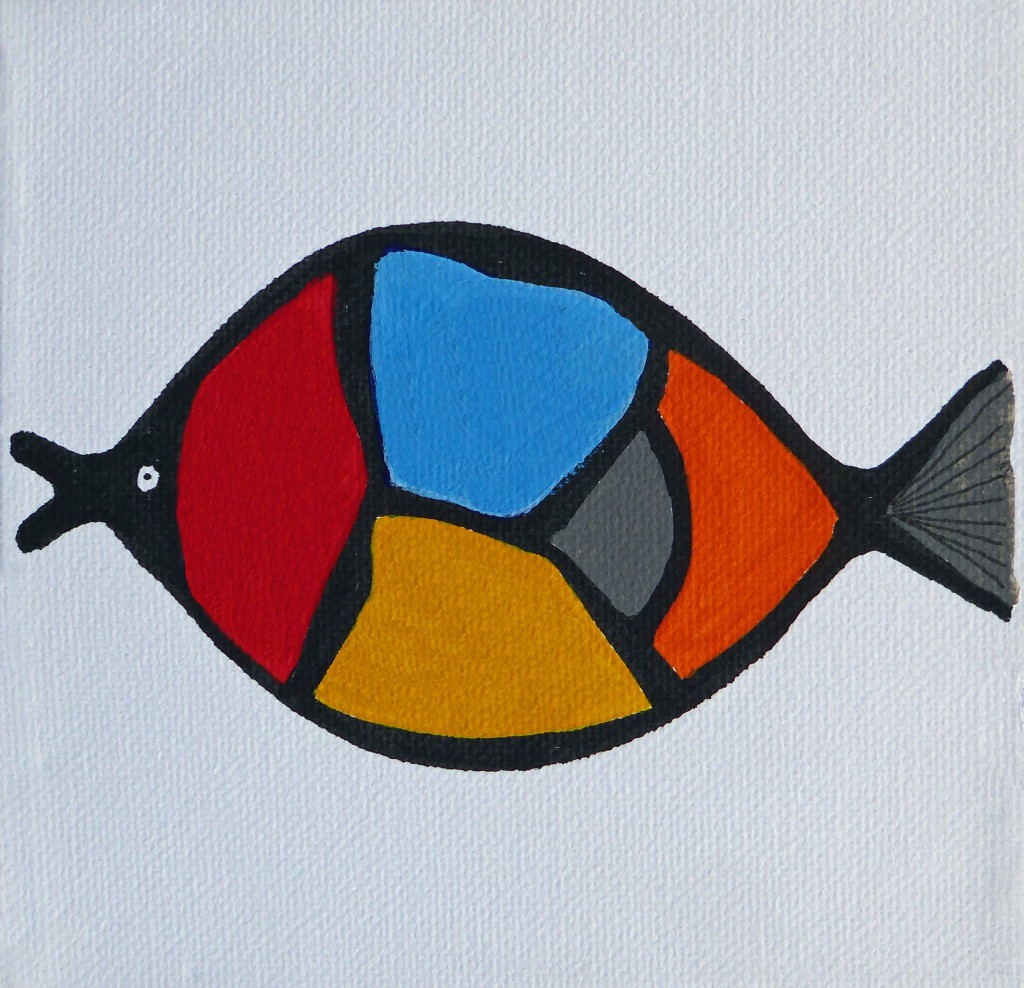 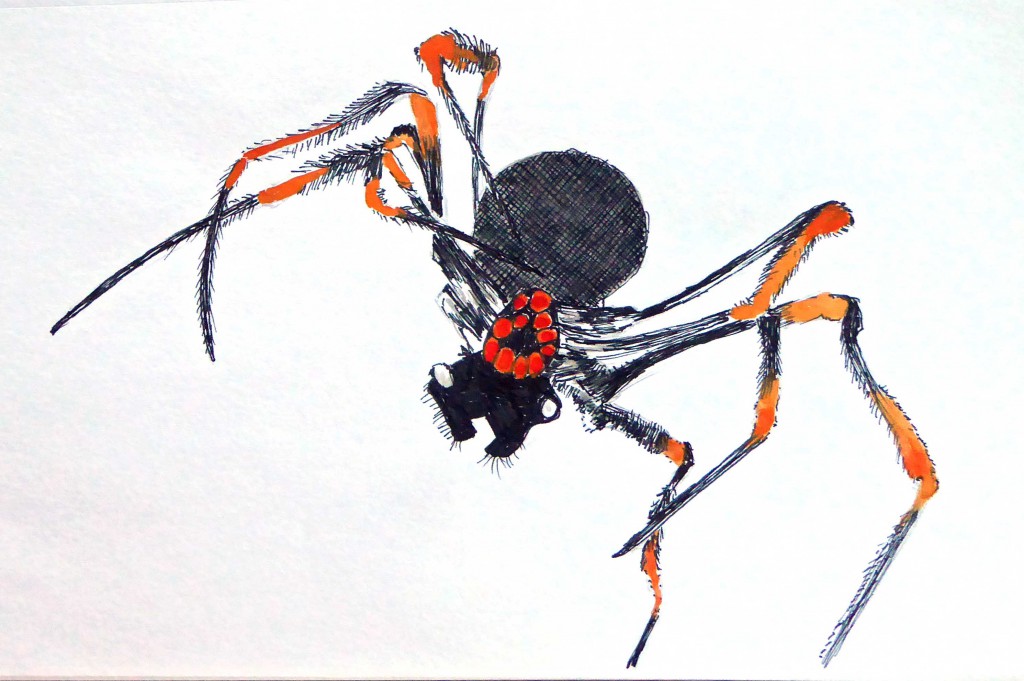 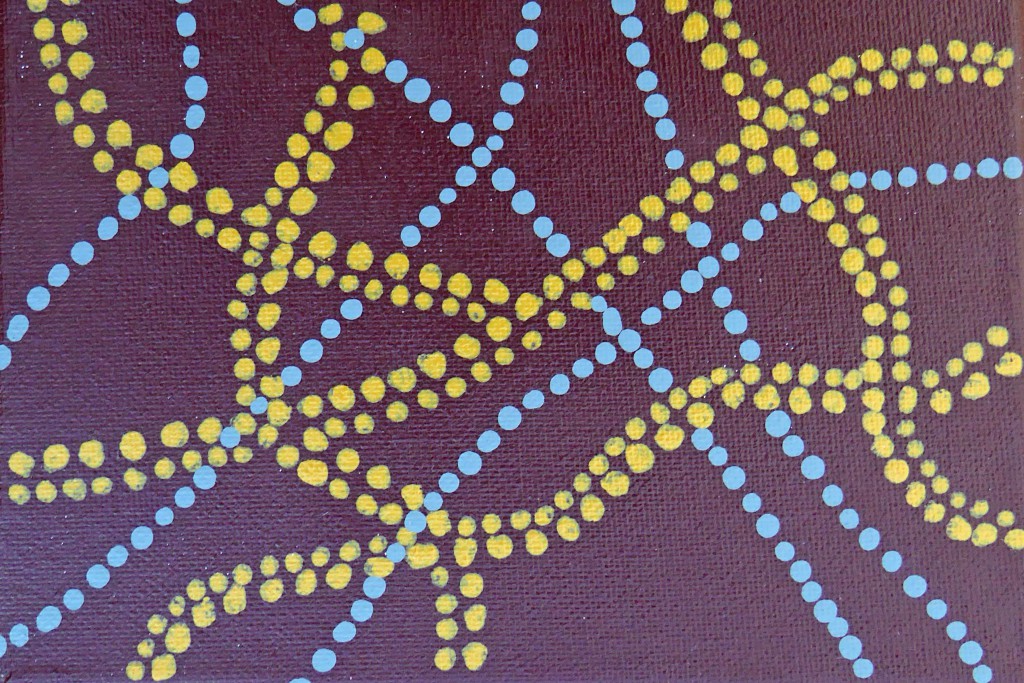 Crab Tracks on the Beach 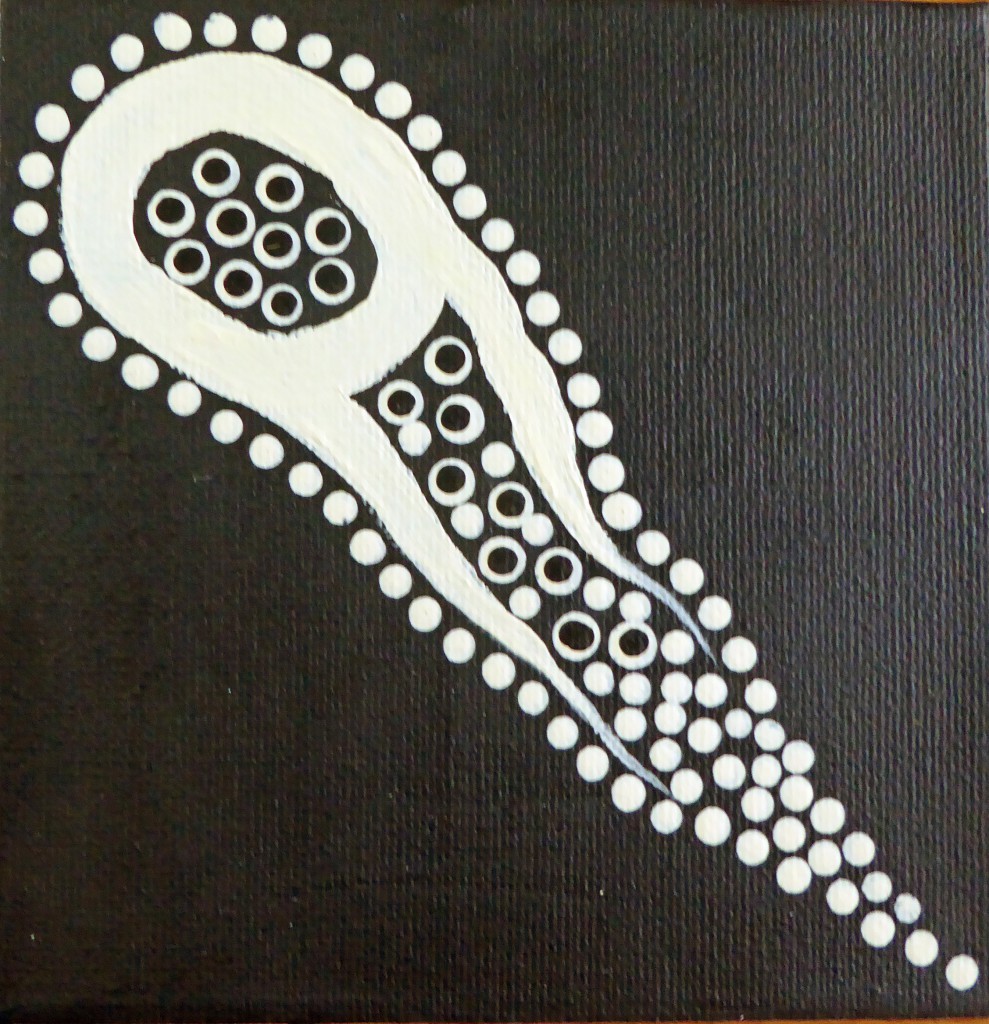 All Around the Track 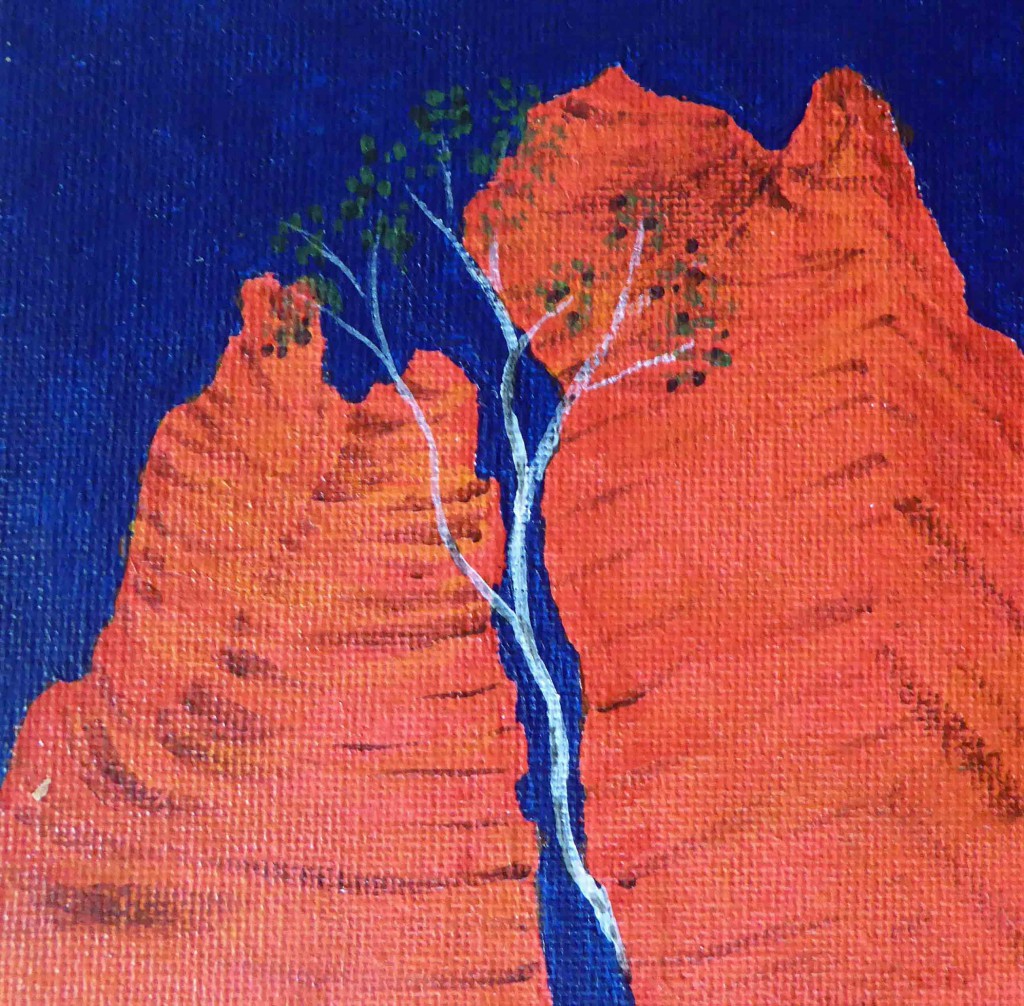 On the Road to Borroloola