In the late 1960s there was an explosion of overland travel towards the Middle East and onwards to India. Ford Transits full of young people seemed to be leaving Britain almost every week. I wanted to be part of that experience but was anxious to do it under my own steam. Newly married and with limited funds, I upgraded my nine-year-old Ford Anglia by painting the bonnet black and adding racing wing mirrors. After removing the back seat to make more room, Carolyn and I set off for Turkey. Six weeks and more than 5,000 miles later we were back home having reached the coast of the Black Sea on the far side of the Golden Horn. The little Ford Anglia behaved impeccably. Would it have reached India? Without a doubt- and would it have got back safely? Probably. But we were thoroughly enriched by our experience and it remains in the memory still as a great adventure. 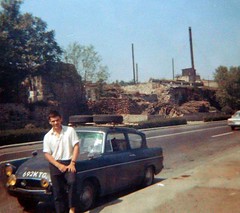 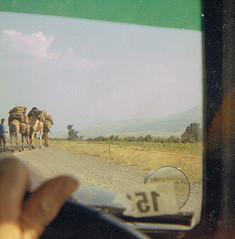 Camels on the road 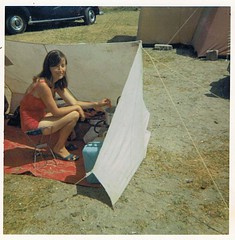 Camped on the beach at Silvri 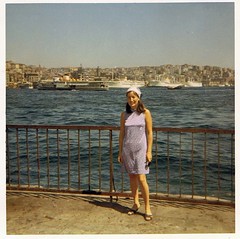 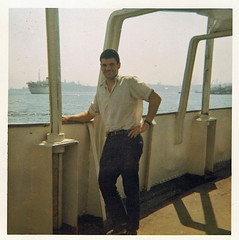 Viv on the Istanbul ferry to Asia 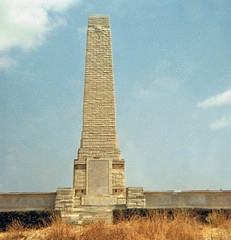 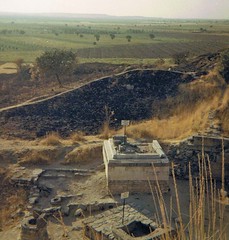 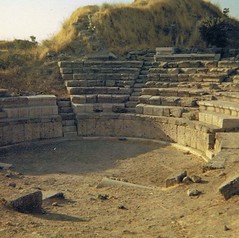 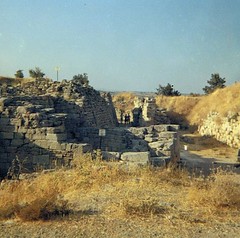