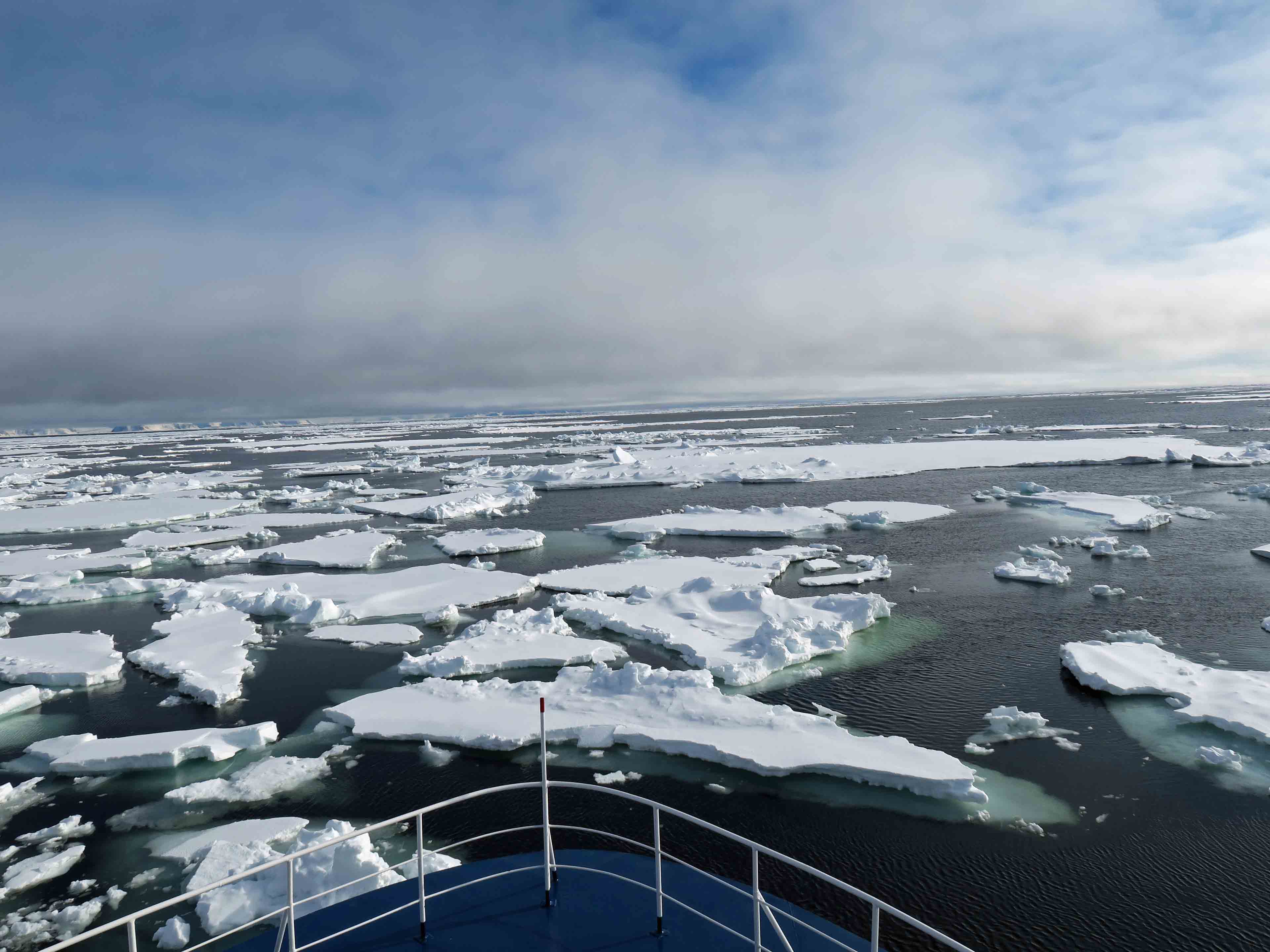 Svalbard June 2019
Waiting in the departure lounge at Oslo airport the illuminated sign read- SK4266 Longyearbien together with a cloud symbol and 2deg. Two hours later the plane was beginning its descent to Spitsbergen the largest island of the Svalbard archipelago; there was no cloud, just a breathtaking mountainous panorama of snow and ice below.

Ocean Nova
As ships go, she is pretty small, yet tough, independent and capable. For the time being, our world. Throbbing engines, the rattle of the anchor chain and a whole fleet of Zodiacs carrying people and sometimes kayaks, to explore our icy surroundings. A Captain and his sailors, an Expedition Team Leader and her twelve expedition experts intent on leading groups ashore; sharing their incredible collective knowledge with sixty-five temporary explorers.
Going ashore is a regime of muk boots, bright yellow parkas and clambering ten at a time into the big black zodiacs with enormous silver engines hung over the stern. Without doubt, wildlife is top of everyone’s wish list; polar bears, walrus, seals, reindeer, arctic foxes and birds. Armed members of the expedition team accompanied us wherever we went. And then there was all that white stuff.
Ice. Arctic ice, polar ice, sea ice, brash ice, ice bergs, ice floes, fast ice, pack ice, sheet ice, glacial ice and permafrost- ice underground. All of it cold and so much more so when the wind blows. This morning the air temperature in notionally 3 degrees but with 35 knots of wind it is a bitter, shivering, spectacular environment. The sea is grey and restless with rolling white caps. We are grateful to be able to return to the warmth of the ship even, if she is listing to port in the wind.
Ten days and a thousand nautical miles exploring the west coast of Svalbard and many of its fjords. The weather gods were with us, never have I seen such luminous mountain ranges glistening under a mantle of snow and ice with a backdrop of a deep blue sky, even at two in the morning, for this is the land of the midnight sun. Yet the ultimate moment of wonder came when the ship reached its northernmost point. The captain nudged Ocean Nova against impenetrable pack ice having spent most of the day pushing smaller ice floes out of the way. We were at 80 degrees 11 minutes north. In that place ‘where the wind’s like a whetted knife’, one of the muffled expedition spotters with a telescope called out she had sighted a bear. Impossible to see with the naked eye and no way forward for the ship, it seemed small consolation. Yet slowly, slowly the bear came a little nearer, stalking a seal lying on the ice. The seal saw the bear coming and disappeared into an escape hole. The bear stopped, stood up its hind legs and caught sight of the ship, its engine still ticking over keeping us nudged up against the ice. Curious, it made a direct beeline towards us until it was just 50 meters from our bow. Sixty five people on deck and the only thing to break an astonished silence was the sound of camera shutters.
There were many highlights; watching the Arctic Fox scampering over the hillside, hoping he would come close enough for a good photo- and he did; kayaking amongst the ice just off the face of an enormous glacier; and simply enjoying the company of fellow explorers who all have their stories.
I have been privileged to visit many places in recent years; this has been one of the best.