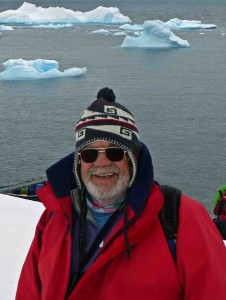 Well it was a two pronged attack. Growing up in Cardiff I was well aware of Captain Scott’s connection to the city because of its fundraising for the 1910 expedition and the provision of coal for his ship, the Terra Nova. We were brought up on the heroic failure not least because the Welshman Edgar Evans was one of those who died with Scott. And there was a nationwide collection in schools for the 1957 Vivian Fuchs expedition for the first Antarctic crossing. We stood in scruffy line to hand in our pennies, all part of the Welsh connection. For me, it led to an enduring interest in all things Antarctic, illustrated by a large map on the wall at home and fifty books on the shelves.
So that was the impetus but the reality of the financial outlay and the remoteness meant that actually making the journey south remained an unlikely prospect. But then came the Christchurch earthquakes of 2010 and 2011; a tragedy that brought an unexpected twist. I been visiting New Zealand for some years, spending half of every year there from 2008 onwards, living with my partner Betty in her beautiful waterfront house on the estuary. The first earthquake effectively demolished the city centre and destroyed thousands of homes. Betty’s place was badly damaged but we continued to live there putting up with the cracks and the gaps. The second earthquake took 183 lives and compounded the damage of the first; we had to evacuate for a few weeks. Two further significant earthquakes finally did for the house and the land and led to protracted negotiations with the insurance company. Meetings, lawyers and threats of court action eventually brought a satisfactory resolution. It had been a long road that led a new, slightly smaller house and a few dollars left over in the kitty. The reward was a ticket to the ice.

If I learnt about the Antarctic from Captain Scott, it was Shackleton’s Endurance expedition that fired my enthusiasm, particularly that incredible boat journey from Elephant Island to South Georgia. After a lot of research I settled for a voyage of my own aboard the Sea Adventurer, a ship built for the Russians, owned by the Americans and chartered by Australians. And, as it turned out, almost entirely populated by Aussies as well. But that was OK. You can do all the planning for a trip like this but once it has begun, you are in the hands of the weather Gods and other people. Sometimes, if you are lucky, they conspire to be in your favour and so it was for us. The ship, the weather, the places and especially the people, could not have been bettered.
It is difficult to pick out the best of a trip that had everything, it was simply a journey of enlightenment. How lucky were we to have so much polar expertise on board? Alex, Laurie, Christine and all the other guys and gals of the expedition team shared their experience and passion in ways that made it such a memorably special experience. Perhaps more than anything else, they were the X Factor. Those who were there will know. Anyway, how did the penguin get its name?